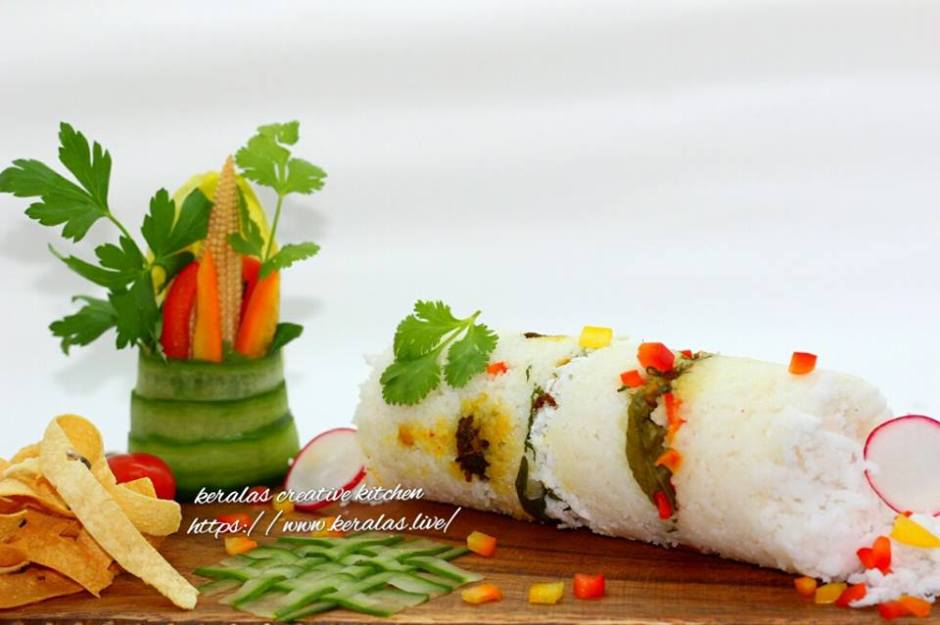 Two of the most common ingredients in the cuisines of South India are two native crops, rice and coconut. There are numerous dishes – from snacks to appetizers to main courses to desserts – prepared with these two ingredients.

Puttu is the general term for a variety of steamed rice and coconut dishes, both savory and sweet, from, Kerala.  In old times savoury puttu was steamed in bamboo tubes with pierced disc at the bottom, fixed tightly over a wide mouthed pot in which water was boiled. The sweet version was steam cooked by tying the ingredients in a thin wet cloth or wicker basket and placing it over a wide mouthed vessel in which water was boiled.

Centuries later, the recipes for these dishes have remained practically unchanged in South India. Now a day instead of using bamboo tubes for steaming, puttu is cooked in metal tubes fitted over a pot or pressure cooker. It is also made in hollowed out coconut shells. In Kerala savoury puttu is traditionally served with brown chick peas curry, finger bananas and fried pappadoms. Newer versions of puttu include puttu made with various grains like wheat, pearl millet, finger millet as well as fish puttu, meat puttu, Jackfruit puttu – the list goes on.

Here we are doing with mince meat filling and grated coconut. Chicken, mutton or beef can be used for the mince.